: agreeing with what is thought to be right or acceptable

: treating people in a way that does not favor some over others

: not too harsh or critical

Many people can tell you when something is NOT fair (especially children, who test this concept more thoroughly than any scientist could)! Injustice may be an easier phenomenon to spot in the world (especially when we are the victim or perceived victim).

Does society view what is right or acceptable through a single lens, or does an individual’s unique background and experience shape their perception of fairness? In our new app, you can join in by answering questions about aspects of life in the United States. Do you think the world that we live in is fair? What should the world look like? Give your opinions and be a part of this large-scale social expression. You may  learn something about yourself and about society. And you’ll help us answer the question, “Is life for everyone in the United States a Fair Game?”

There’s no question that we are becoming more and more dependent on our phones as a society. It’s less clear to me, however, what exactly we are doing on our smartphones, and how much time we are spending on each of these activities. If you would like to participate in a brief study, please answer a few questions about your app usage.

Or copy and paste this link into your browser: https://duke.qualtrics.com/SE/?SID=SV_7Ny8PvEN8J15E8d

Thanks very much,
Dan

First, I want to thank everyone who participated in this research.  Thanks

And now, for the results….

Email has become a mix of blessing and evil in our lives. Blessing because it has become a broad communication channel for everything—for our friends, family, work and businesses. Evil because it constantly interrupts us in our daily lives. Moreover, we end up at the mercy of other people’s timelines. It’s your list on your computer, but the order of that list and when it comes depends on when somebody else decides to send you something.

To find out, we asked over 1500 of your fellow readers to determine the ideal email timeline.

What about the other 89% of emails? We took it a step further and asked when people needed to see the rest of their emails at various points in time: from increments of hours, the end of the day, week and month. In addition we asked what percentage of emails they would want automatically deleted and automatically archived.

With these email preferences in mind, imagine there was a magic email genie that would automatically categorize your messages into these various time categories. Which categories would be the most useful for everyone?

When we asked our participants, the top 4 categories people would want were emails to be divided by being send immediately (with notifications), by the end of the day, by the end of the week and — you guessed it — automatically deleted.

Right now the default of every major email service is to send notifications for emails immediately upon arrival. Roughly speaking, people only want to be interrupted for about 10% of their emails immediately upon arrival. This means that email services are hurting peoples’ attention in a counter productive way the remaining 90% of the time. How do we solve this conundrum? How can we get all the emails that people never want to see—out? Our results show that having a classification of different time frames and durations of when people need to deal with emails seem to be a useful idea. Instead of having one inbox that puts us at the mercy of other people’s timelines, maybe we need multiple inboxes that are sensitive to when something needs to be dealt with.

You may have heard about the recent Volkswagen scandal involving a cheat to pass emissions tests in VW diesel vehicles.

I’d like to get your opinions about this event, so I’ve added a questionnaire to my survey app called “(sample) size matters.”

If you would like to participate in the study (as well as other studies that you’ll find in the app), simply download the app on iOS or Android and share your opinions. 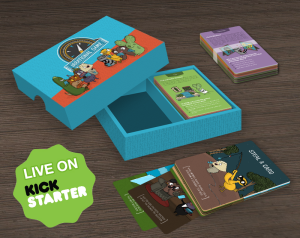 Do you manage at least a portion of your own investments? If so, we have a survey studying investor behavior and could use your help. The survey contains questions about financial decision-making that’s part of a research study at Duke University. Please open the link below in a new window to take the survey. The survey should take you about 30 minutes. We would appreciate your full attention and careful consideration of each question. Participation is voluntary and your answers will remain anonymous. Thanks for participating!

I just posted a new study that should take you about 5 minutes to complete. If you would like to take the survey (and I would appreciate it very much), please look to the right sidebar under “Participate” and click on the “Take a quick anonymous survey” link. You can also access it right here.

Thanks in advance for your help.

P.S. I switched out that survey and posted a new new one, so even if you already took the other survey, there’s more!

a research app for smartphone scientists on the go

Social science has uncovered many fascinating aspects of human behavior, from how we think as individuals to how we act in groups. We know that humans are loss averse, emotional, habit-forming creatures. We mispredict the future and misremember the past. And yet, what social science is missing is a better understanding of how these phenomena (and others) change over time, in different cultures and regions, across gender and age.

By collecting a heaping amount of data (and increasing the size of our samples), we hope to unravel nuances in behavioral variations; we hope to detect the impact of minor differences that simply wouldn’t appear in smaller samples. The pursuit of this app is to collect an abundance of data from an abundance of locations all over the world, shining light on behavioral similarities and differences, from Antarctica to Zimbabwe. To do this, we need your help! Join our team of smartphone scientists and take on small tasks that will be “pushed” to you through the app.

On some occasions, you’ll be asked to give your opinion about various topics; you may be asked to predict the outcome of an experiment or to record your thoughts on anything from wealth distribution to peer influence. On other occasions, you’ll be sent out into the world to collect data; you may be asked to interact with a stranger or observe a scene and record certain details. Prepare to be surprised and delighted by the exciting research you will be a part of.

Participate in a movement that transcends oceans and cultural barriers, gaining access to a wider range of information than ever before. Download the app now, and get started on your first mission!

Get it now for your iPhone and iPad.

I just posted a new study that should take you about 5 minutes to complete. If you would like to take the survey (and I would appreciate it very much), please look to the right sidebar under “Participate” and click on the “Take a quick anonymous survey” link. Thanks in advance for your help.