With great sadness I am writing my last post about my adventures in the INT!
Linking Ithaka and the INT, using this poem from Cavafy
As you set out for Ithaka
hope the voyage is a long one,
full of adventure, full of discovery.
Laistrygonians and Cyclops,
angry Poseidon—don’t be afraid of them:
you’ll never find things like that on your way
as long as you keep your thoughts raised high,
as long as a rare excitement
stirs your spirit and your body.
Laistrygonians and Cyclops,
wild Poseidon—you won’t encounter them
unless you bring them along inside your soul,
unless your soul sets them up in front of you.
Hope the voyage is a long one.
May there be many a summer morning when,
with what pleasure, what joy,
you come into harbors seen for the first time;
may you stop at Phoenician trading stations
to buy fine things,
mother of pearl and coral, amber and ebony,
sensual perfume of every kind—
as many sensual perfumes as you can;
and may you visit many Egyptian cities
to gather stores of knowledge from their scholars.
Keep Ithaka always in your mind.
Arriving there is what you are destined for.
But do not hurry the journey at all.
Better if it lasts for years,
so you are old by the time you reach the island,
wealthy with all you have gained on the way,
not expecting Ithaka to make you rich.
Ithaka gave you the marvelous journey.
Without her you would not have set out.
She has nothing left to give you now.
And if you find her poor, Ithaka won’t have fooled you.
Wise as you will have become, so full of experience,
you will have understood by then what these Ithakas mean.
http://danarielyishikingtheint.com
Just got back to the US (2 hours ago) after hiking for a month on the INT
http://danarielyishikingtheint.com
What an amazing adventure, what a way to spend a month, and what a list of adventures.  Ron and I ended this adventure with a glorious party in the desert, and it made coming back to life easier (or so I think right now)
Taking a month to walk and think was very clarifying and useful and right now I am certain that it will make a real difference moving forward it my life.  We will see.
And for now I am keeping my bread from this month — maybe to hold onto the adventures for a bit longer.

Earlier today, a number of my blog subscribers received several automated messages for “new” blog posts, which were actually previously-published posts from the Center of Advanced Hindsight (my research lab). This was an accident that came about as I was trying to integrate the two sites. (I certainly did not intend to spam you!)

My team and I temporarily shut down the site while we identified the cause of the issue and made sure the mailing server was disabled. I am happy to report that the issue has now been resolved.

Please accept my apologies for cluttering your inbox (a topic I am extremely sensitive to). We are taking steps to ensure that this doesn’t happen again.

Or, better yet.. would you be willing to help me out for free?

I’ve put together a quick non-academic questionnaire: Click here to take the survey

Your response will help me immensely in figuring out which route to take in an upcoming project. Thanks very much in advance! I appreciate everything you do.

Trust is one of the most important, yet least understood, forces. it is a force that can drive society forward, and in the case of mistrust backward.  Here is a quick talk I recently gave on the basic elements of trust and how to build trust.

My new TED book Payoff is out now! @TEDbooks 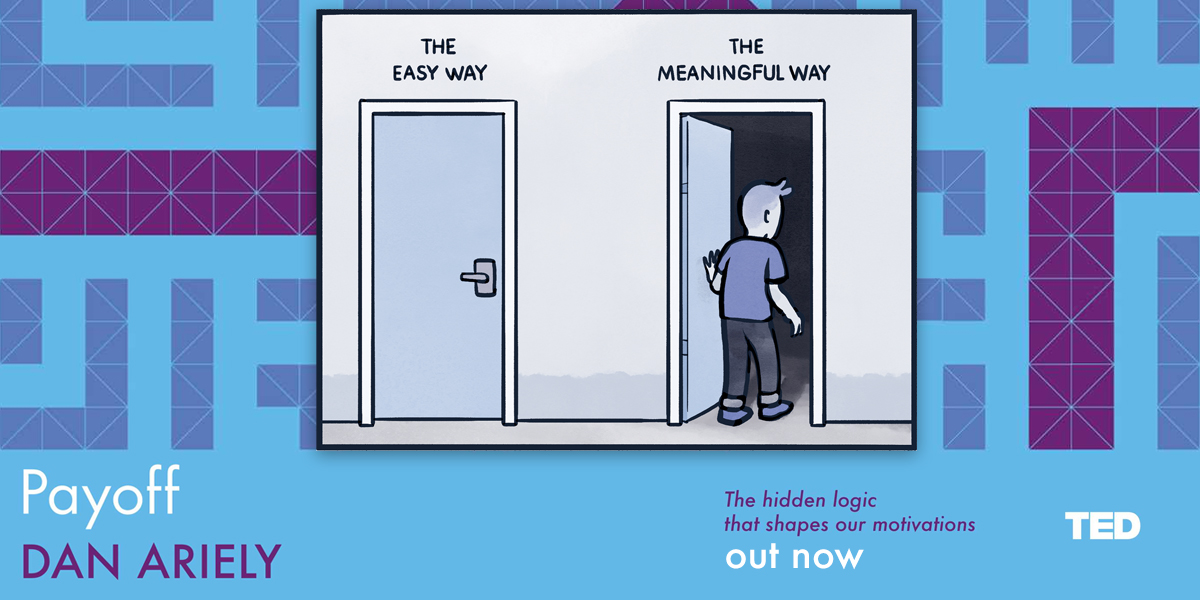 On November 15th, my TED book Payoff will be released. I shared the story with two artists, Brian and Jessica. Below is Brian’s artistic depiction of the story. I will post the art by Jessica in a few days.

If you read the introduction to the book, come back and look at this image. See how you feel about this depiction. For me, it captured a lot of my emotions and the complexity of the young boy’s experience. It helped me think differently about the story. 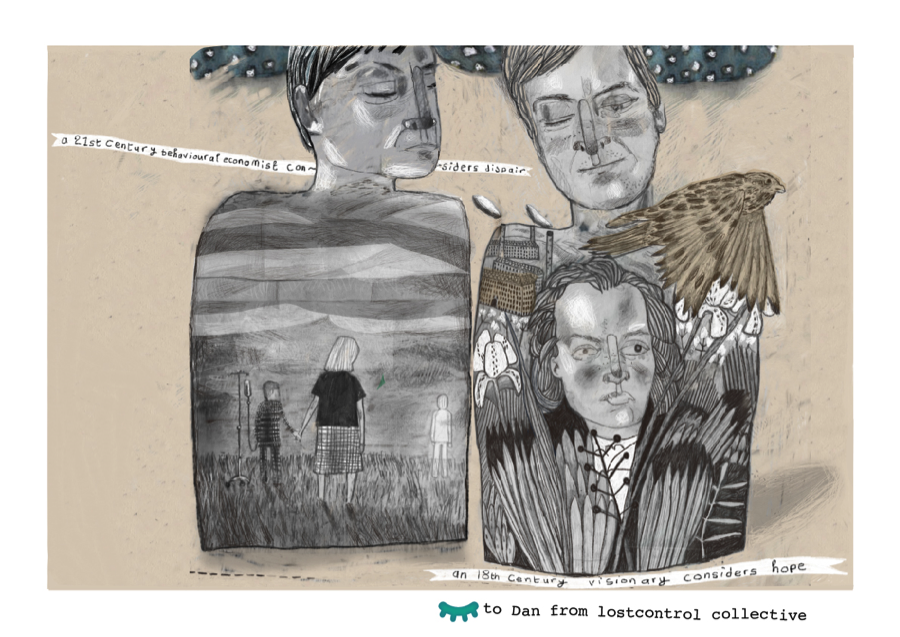 After reading the introduction to Payoff, come back to this and see what you think of these depictions. For me, they added extra richness, nuances, and even a bit more sadness. 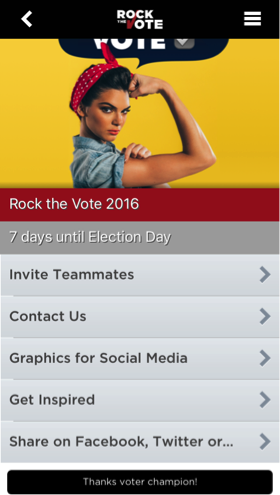 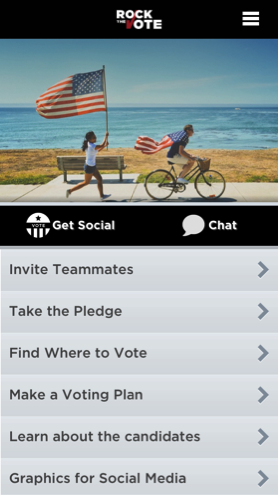 This time a discussion with Erica Reischer about parenting.

Link to the podcast

Here’s my Q&A column from the WSJ this week — and if you have any questions for me, you can tweet them to @danariely with the hashtag #askariely, post a comment on my Ask Ariely Facebook page, or email them to AskAriely@wsj.com.

A big local employer just announced that it is about to change its standard workday from eight hours to five. I suppose many people barely do two or three hours of good work a day anyway, but is shrinking the workday so drastically a good idea? in italics

To think this through, let’s break down our workday into three modes: productive, thoughtful, useful work; mindless, detail-oriented work that doesn’t demand much concentration but must get done; and, of course, wasting time.

When the workday is slashed from eight hours to five, which of these modes is likely to give way? If the three lost hours would otherwise have been spent procrastinating, the change is all to the good: We can waste time better on our own. And if it comes at the expense of drudge work, many people will just become more efficient at their more mindless tasks, with a minimal drop in productivity.

But I fear that those three hours will come at the expense of the most productive category of work. That’s because everyone likes the sense of satisfaction from making progress. We feel virtuous after emptying our email inbox or checking off items on our to-do lists. If the workday shrinks, we’d rather sacrifice real progress than surrender that feeling of gratification.

If we now split an eight-hour workday between one hour of thumb-twiddling, four hours of drudgery and three hours of serious work, I’d predict that the shorter workday will mean a half-hour less of wasted time, an hour less of mindless work and an hour and a half less of meaningful work.

This is just an educated guess, of course. If I ran your workplace, I would start by cutting the workday by 30 minutes, see what this does to productivity and adjust from there.

When you have to deliver two pieces of news, one bad and one good, which should you start with? I’ve always been told to deliver the bad news first, but I worry that its impact could be so distracting that the recipient won’t pay attention to the good news that follows.

Why pick from just this constrained set of options? Is there really nothing else in the universe to share? I’d come up with another piece of good news to start with, such as the fact that we have eradicated smallpox and polio could be next—admittedly less relevant but undeniably cheerful. You can then sandwich your bad tidings between good ones.

While writing a document on my laptop with a colleague, he kept pointing to my screen and sometimes touched it with his finger. I found this incredibly annoying—and a strange invasion of privacy. I wouldn’t have minded if my co-worker had touched my arm, but I bristled when he touched my screen. What gives?

After reading this, I asked a few people nearby to touch my laptop and then my elbow, and I felt the same irritation. I suspect that’s because once people touch our computer screens, we can’t avoid seeing the gross residue that their fingers leave, but we don’t think about the oil and dead skin cells left behind when somebody nudges us on the arm. Consider this more evidence that ignorance can be bliss.

See the original article in the Wall Street Journal here.