The high rate of incarceration in the United States is fraught with social and economic costs. Relatively recent increases in our incarceration rate make us an international outlier and carry a price tag of more than $80 billion annually (more than quadruple the 1980 corrections expenditures). This is despite an overall reduction in crime rates between 1990 and 2012.

How much more greater do people think the imprisonment rate should be in a fair world? 3x more likely.

Estimates for the greater likelihood of imprisonment were remarkably similar across all age groups, as were our users’ beliefs about what would be fair.

What about gender? Males and females differ in their estimates of the greater rate of imprisonment, estimating 10 and 12 times greater likelihoods, respectively. But they agree in what they think a fair rate would be — 3x.

And political leaning? People who identify as conservative and those who identify as liberal estimate the same (11x) greater rate of imprisonment. In terms of how much greater the rate should be in a fair society, conservatives answered 5x more likely and liberals answered 2x more likely. So although their understanding of the world is similar, their notions of fairness, for this topic, are very different.

Together, the data reported here suggest that people overestimate the gap in the incarceration rate by race. And they would reduce the size of the gap that they perceive. There are many factors that contribute to the racial disparity in imprisonment rate. The so-called War on Drugs may be the single largest factor, with Blacks and Hispanics disproportionately representing those in state prisons for drug offenses and sentenced for federal drug trafficking offenses. These offenses often carry harsh mandatory sentences, further exacerbating the disparities. Discrimination has been shown to be a problem at multiple levels of the criminal justice system, including law enforcement, prosecution, sentencing, and reentry to society.

Beyond the pervasive problem of racial discrimination, another consideration is more purely economic– the growth of private companies building and running prisons. Oliver Hart (a 2016 Nobel prize-winner in Economics) and his coauthors have written about private prison contracts and their tendency to induce the wrong incentives by not focusing on outcomes.

There are economic benefits to reducing the prison population, including reduced costs for taxpayers (construction, maintenance and operation of prisons) and of course income and opportunities for those who would otherwise have been imprisoned. Several states have drug decriminalization ballot initiatives in this year’s election and it will be interesting to see whether these have an impact on the rate of imprisonment in those states. What other possibilities might decrease the prison population and reduce the racial disparity in the rate of imprisonment?

Please join us and play along by downloading Fair Game? from iTunes or Google Play. 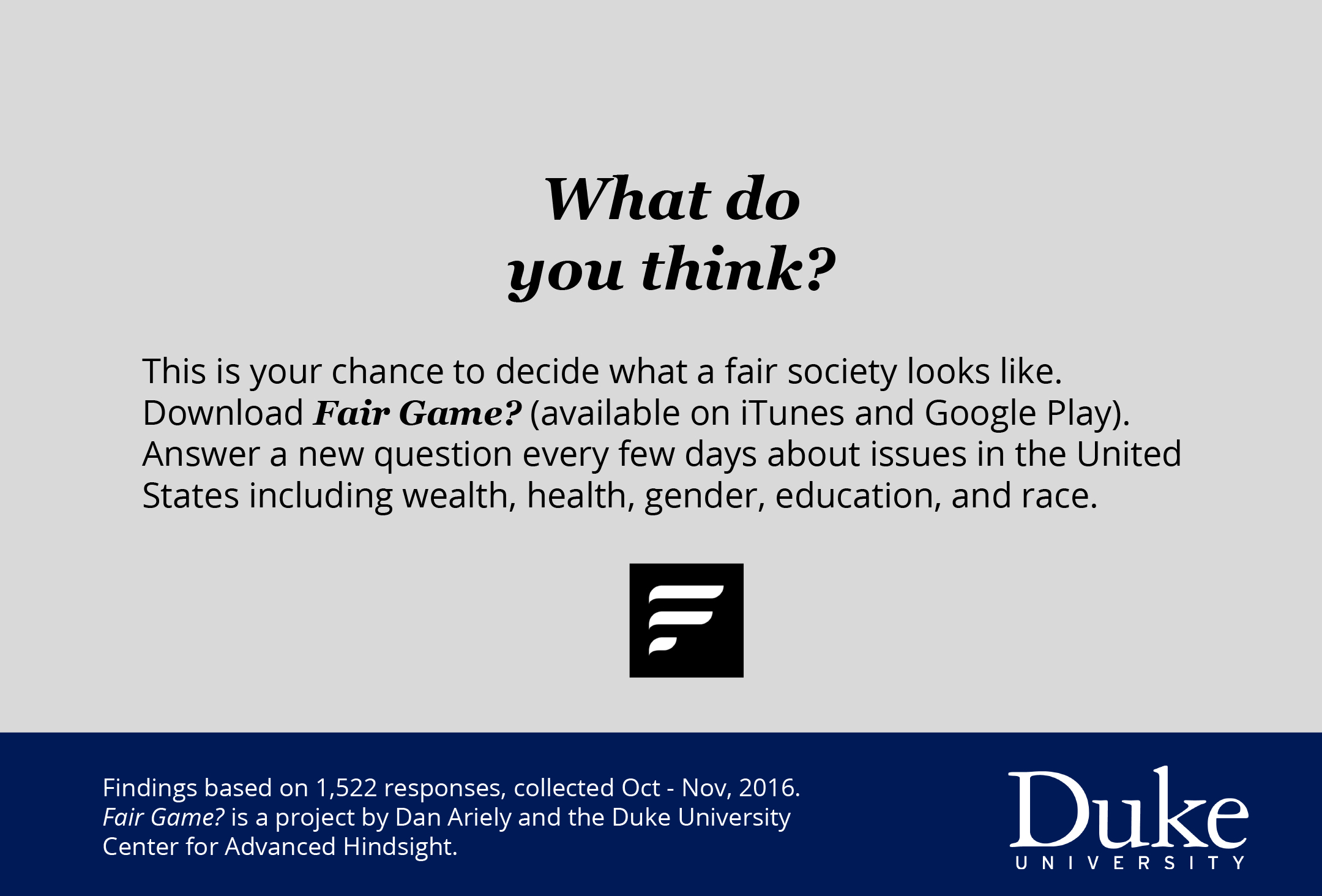