Do you remember Segway, that odd, upright, (and sometimes dangerous) electric scooter?  Pundits once predicted the Segway would revolutionize personal transportation and reduce American oil dependency. As it turns out, these days, it is used either by corny tour groups in large cities or it’s been relegated to the object of sight gags and physical comedy, from “Arrested Development” to “Paul Blart: Mall Cop.”

After examining Google’s latest product, Google Glass, it is hard not to question whether it is ready for the market. With a design reminiscent of the “Terminator” films and a preliminary price tag of $1,500, Glass risks being the biggest flop since Segway if Google doesn’t learn from Segway’s mistakes.

The Segway failed, not because of poor engineering, but because of poor attention to consumer psychology. Similarly, Google Glass might be functional from an engineering point of view, but does it have the form necessary to generating mass-market appeal? To this point, it looks like the tech giant is trying to avoid these “Segway barriers,” but as consumer psychologists, we have few suggestions for Google.

Psychological principles that suggest why Google may succeed

Segway had functionality, but its form lacked elegance. As a result, Segway was unable to shed its awkward image. In its current form, Glass is more like the nerdy Segway than the sleek iPhone. Google seems to be making efforts to streamline, or “de-geek,” its new product by hiring experts to redesign it.

Until Google is ready to launch a redesigned Glass, the company’s ad campaigns center on attractive models. This technique invites consumers to associate Glass with the positive feelings evoked when we look at attractive people.

2. The more effort we put into acquiring a product, the more we tend to value and enjoy that product.

To determine who would test the first version of Glass, Google held the “Glass Explorer” competition, in which applicants submitted Twitter entries with the hashtag, “#ifihadglass”. Winners were given the “privilege” to buy Glass for $1,500. By participating in the contest, consumers became mentally and emotionally invested in Glass. This led to “effort justification,” meaning that those who expend more effort to get the product and then pay for it come to value it more.

As a bonus for Google, all this effort demonstrates to interested observers that Glass is valuable.  This type of user exclusivity plays on scarcity, a psychological hot button that ultimately makes Glass more desirable.

How Google can improve its marketing strategy for Glass

Even with the efforts Google has already undertaken to ensure that Glass won’t flop, we offer a few further suggestions to help guarantee a successful launch.

So far, marketing for Glass seems to center on young hipster techies in urban environments, but if Glass is going to succeed, Google needs to make ads that depict average people doing normal things. Granted, Google may be working to develop Glass’s “cool factor” before proving its functionality, but they will need to focus on the average consumer if Glass is going to sell big.

2. Get people to try on Glass.

If people see themselves using a product, they are more likely to buy it. There are also lingering questions about Glass that Google must address. How should consumers use the product? Is Glass something we wear all the time? What if we already wear glasses? Glass doesn’t make immediate sense in most of our lives: do we really need another gadget, given the proliferation of tablet computers and smartphones? To help consumers understand its functions and purposes, Google should have people try on Glass. Past research shows that consumers are more likely to buy products when they have the opportunity to test them. Testing a product may not improve its “cool factor,” but it certainly helps us imagine using the product in real life.

Google may be playing a long-term game with Glass, focusing on engineering first, followed by coolness, before setting their sights on breaking into other markets – something Apple did before it exploded. Even if this is their strategy, Google should make sure to foreground the psychology of design. Otherwise Glass will go the way of the Segway, at medium speed into closet of cobwebs or, worse yet, end up used primarily by groups of ironic hipsters going on “urban tours.” 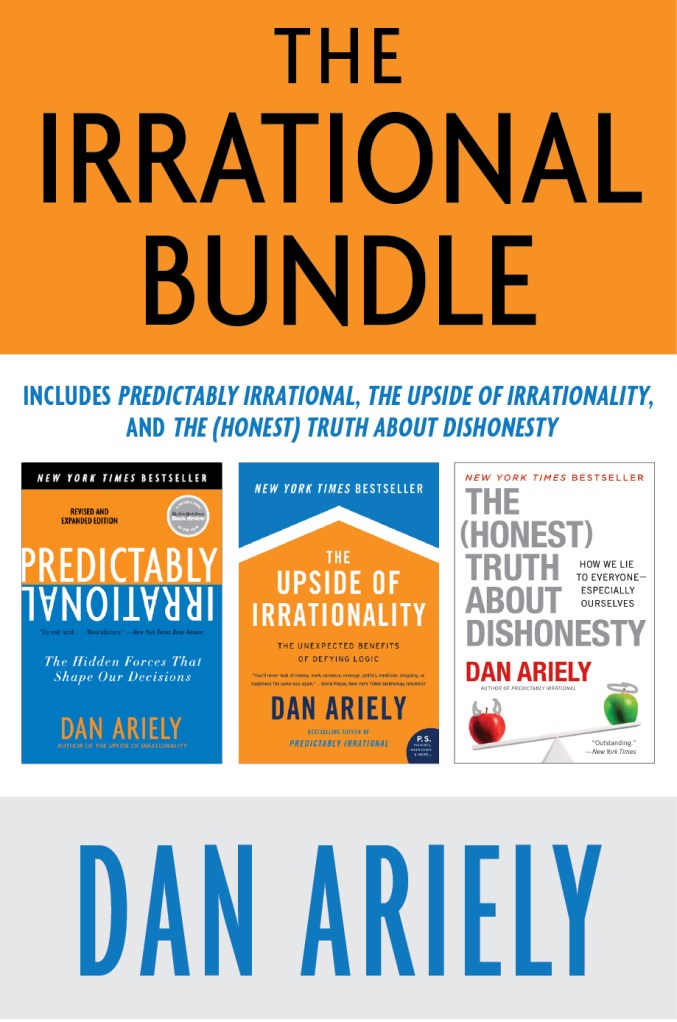 A few days ago we looked at some telling search suggestions by Google when it came to what boyfriends and girlfriends searched for in their relationships. On the heels of this insight, I wanted to see what changes when we get older and get married…:

What we find, both sides seem to care more about love, but in general the it seems that not much has changed since the days of dating for married couples. According to Google, these gender differences that we found earlier tend to persist…

For a very elegant tool that lets you play with such searches, see:  http://hint.fm/seer/

You know how Google sometimes “predicts” what you might be searching for by giving you a little drop down menu of suggested search queries? These suggestions, of course, are based on what other users frequently search. So I tried teasing out some gender differences. Look at the pictures below. 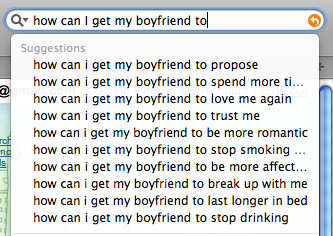 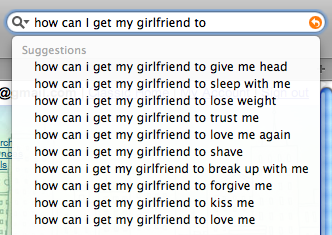 This shows Google’s remarkable power as a source of data on a range of human behaviors, emotions, and opinions. It gives us insights into what people might care the most about concerning a given topic. When people search a particular political leader, what are their main concerns? What are people secretly guilty about? For better or for worse, Google’s obsession with collecting and refining data has given us a window into each other’s fascinating and telling curiosities.