The scientific community is increasingly coming to realize how central self-control is to many important life outcomes. We have always known about the impact of socioeconomic status and IQ, but these are factors that are highly resistant to interventions. In contrast, self-control may be something that we can tap into to make sweeping improvements life outcomes.

If you think about the environment we live in, you will notice how it is essentially designed to challenge every grain of our self-control. Businesses have the means and motivation to get us to do things NOW, not later. Krispy Kreme wants us to buy a dozen doughnuts while they are hot; Best Buy wants us to buy a television before we leave the store today; even our physicians want us to hurry up and schedule our annual checkup.

There is not much place for waiting in today’s marketplace. In fact you can think about the whole capitalist system as being designed to get us to take actions and spend money now – and those businesses that are more successful in that do better and prosper (at least in the short term).  And this of course continuously tests our ability to resist temptation and for self-control. 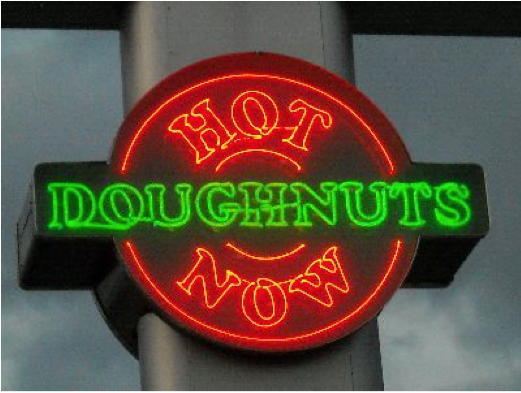 It is in this very environment that it’s particularly important to understand what’s going on behind the mysterious force of self-control.

Several decades ago, Walter Mischel* started investigating the determinants of delayed gratification in children. He found that the degree of self-control independently exerted by preschoolers who were tempted with small rewards (but told they could receive larger rewards if they resisted) is predictive of grades and social competence in adolescence.

A recent study by colleagues of mine at Duke** demonstrates very convincingly the role that self control plays not only in better cognitive and social outcomes in adolescence, but also in many other factors and into adulthood. In this study, the researchers followed 1,000 children for 30 years, examining the effect of early self-control on health, wealth and public safety. Controlling for socioeconomic status and IQ, they show that individuals with lower self-control experienced negative outcomes in all three areas, with greater rates of health issues like sexually transmitted infections, substance dependence, financial problems including poor credit and lack of savings, single-parent child-rearing, and even crime. These results show that self-control can have a deep influence on a wide range of activities.  And there is some good news: if we can find a way to improve self-control, maybe we could do better.

Where does self–control come from?

So when we consider these individual differences in the ability to exert self-control, the real question is where they originate – are they differences in pure, unadulterated ability (i.e., one is simply born with greater self-control) or are these differences a result of sophistication (a greater ability to learn and create strategies that help overcome temptation)?

In other words, are the kids who are better at self control able to control, and actively reduce, how tempted they are by the immediate rewards in their environment (see picture on left), or are they just better at coming up with ways to distract themselves and this way avoid acting on their temptation (see picture on right)?

It may very well be the latter. A hint is found in the videos of the children who participated in Mischel’s experiments. It’s clear that all of the children had a difficult time resisting one immediate marshmallow to get more later. However, we also see that the children most successful at delaying rewards spontaneously created strategies to help them resist temptations. Some children sat on their hands, physically restraining themselves, while others tried to redirect their attention by singing, talking or looking away. Moreover, Mischel found that all children were better at delaying rewards when distracting thoughts were suggested to them. Here is a modern recreation of the original Mischel experiment:

A helpful metaphor is the tale of Ulysses and the sirens. Ulysses knew that the sirens’ enchanting song could lead him to follow them, but he didn’t want to do that.  At the same time he also did not want to deprive himself from hearing their song – so he asked his sailors to tie him to the mast and fill their ears with wax to block out the sound – and so he could hear the song of the sirens but resist their lure. Was Ulysses able to resist temptation (the first path)?  No, but he was able to come up with a very useful strategy that prevented him from acting on his impulses (the second path).  Now, Ulysses solution was particularly clever because he got to hear the song of the sirens but he was unable to act on it.  The kids in Mischel’s experiments did not need this extra complexity, and their strategies were mostly directed at distracting themselves (more like the sailors who put wax in their ears).

It seems that Ulysses and kids ability to exert self-control is less connected to a natural ability to be more zen-like in the face of temptations, and more linked to the ability to reconfigure our environment (tying ourselves to the mast) and modulate the intensity by which it tempts us (filling our ears with wax).

If this is indeed the case, this is good news because it is probably much easier to teach people tricks to deal with self-control issues than to train them with a zen-like ability to avoid experiencing temptation when it is very close to our faces.

The original PNAS piece is here